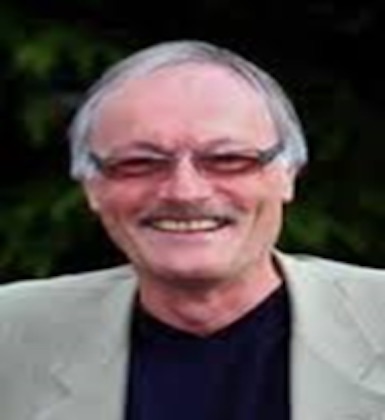 Victor T. King has served for four years (2017-2022) as Professor of Borneo Studies, UBD-Institute of Asian Studies (IAS). Previously he was an Eminent Visiting Professor (2012-2013) and Distinguished Visiting Fellow (2014-2015) at the Institute (and see ias.ubd.edu.bn/ias-staff/victor-king/). He is a sociologist-anthropologist, and is also Emeritus Professor in the School of Languages, Cultures and Societies, University of Leeds and currently Research Fellow (from 2010), Senior Editorial Advisor in the Regional Center for Social Science and Sustainable Development, Faculty of Social Sciences, Chiang Mai University, Thailand (from 2016), where he also served as an Adjunct Professor (2015-2016) and currently Visiting Professor in the Korea Institute for ASEAN Studies, Busan University of Foreign Studies, Republic of Korea. Since the end of his full-time contract at UBD-IAS he continues his association with the Institute as a Distinguished Visiting Fellow. Formerly he was Executive Director of the White Rose East Asia Centre at the Yorkshire Universities of Leeds and Sheffield (2006-2012), and prior to his transfer to East Asian Studies at Leeds (where he was a Visiting Professor, 2003-2005), he served variously at the University of Hull during his 32-year career there (1973-2005) as Director of the Centre for South-East Asian Studies, Dean of Social and Political Sciences, Director of the University Graduate School and Pro-Vice-Chancellor. He was Professor of South-East Asian Studies at Hull University for 17 years (1988 to 2005).
Since his retirement from academic life in the UK in 2010 and his involvement in the work of the Institute he has edited/co-edited 20 books and journal special issues on topics ranging across tourism in East and Southeast Asia; UNESCO World Heritage Sites in Southeast Asia; tourism and ethno-development; Southeast Asian Studies and area studies generally; Borneo Studies; human insecurities in Southeast Asia; indigenous Amazonia; and the history,origins, social structure, recent transformations and a general view of Brunei Darussalam. These have been published variously by Routledge, Springer, NIAS Press, University of Hawai'i Press, and Cambridge Scholars Publishing. He has a further four research projects which are due for publication in 2022-23: a handbook with Professor Ooi Keat Gin on contemporary Brunei Darussalam (Routledge); a book with Professor Ooi Keat Gin on Pioneers and Critical Thinkers in Southeast Asian Studies (Springer); a co-edited volume on the theme of Borneo Within, Borneo Beyond: Issues and Perspectives (Springer) with Bruno Jetin, Jacqueline Pugh-Kitingan and Noor Hasharina Hassan; and a co-authored book on The Iban of Brunei: Continuity and Change (Springer) with Magne Knudsen. Since 2016 he has also edited six special issues of journals, over 50 journal articles and chapters in books, six Working Papers and 20 book reviews. A book edited by one of his former PhD students, Professor Ooi Keat Gin, former Professor of History at Universiti Sains Malaysia and Visiting Professor at the Academy of Brunei Studies, UBD, with contributions from other of his former PhD students, titled Borneo and Sulawesi: Indigenous Peoples, Empires and Area Studies (Routledge, 2019), gave recognition to Victor King's contribution to Borneo Studies and Southeast Asian Studies. During his long career in anthropology, sociology and Southeast Asian Studies he has published some 13 single and co-authored books, over 60 edited and co-edited books, plus general editing of over 100 publications (for Routledge, Oxford University Press, University of Hull Press/CSEAS, Chiang Mai University Press, The British Academy), approaching 20 data papers, working papers and research reports, over 160 journal articles and book chapters, over 130 short pieces (articles, research notes, orations, dictionary entries, forewords, guides and journalism), and over 180 book reviews (see his website, victortking.org; semanticscholar.org/author/Victor-T.-King/82366560?sort=influence&page=20).

(1) From 2006 to 2012 he served as Executive Director of the White Rose East Asia Centre which was a joint venture between Asian Studies (specifically Chinese and Japanese Studies) at the Universities of Leeds and Sheffield. At any one time there were up to 50 researchers, post-doctoral fellows and over 30 research students who came under the auspices of the Centre, with a programme of curriculum development, early career training and Asian language provision. During that time, and in close cooperation with senior colleagues in the Centre, funding grants of over 6 million pounds sterling were awarded from such bodies as the Higher Education Funding Council for England, the Economic and Social Research Council, the Arts and Humanities Research Council, the Sasakawa Foundation, and several research and charitable bodies in China and Japan.
(2) From 2009 to 2014 a comparative research project on UNESCO World Heritage Sites in Southeast Asia, supported primarily by The British Academy, with institutional funding from a range of participating universities brought in grants amounting to 60,000 pounds sterling.
(3) Grants have been received from IAS-UBD for research projects on Brunei history, origins, social structure and continuity and change; changing research methodologies in Southeast Asia; and tourism development in Thailand and comparative work on tourism in Southeast Asia.

He is currently co-editor of a Routledge series on The Modern Anthropology of Southeast Asia, and is interested in receiving promising book proposals for the series.
https://www.routledge.com/The-Modern-Anthropology-of-Southeast-Asia/book-series/MASEA

He has been attached as a visiting scholar to the Regional Center for Social Science and Sustainable Development, Faculty of Social Sciences, Chiang Mai University since 2014, where he is Senior Editorial Adviser to two book series (1) Critical Perspectives on Regional Integration and (2) Consortium of Development Studies in Southeast Asia (CDSSEA), currently comprising 40 volumes, published by Chiang Mai University Press; a second stage in the series is in process to 2021 with another 10 volumes (book covers are presented on the website victortking.org)
He has enjoyed productive relations from 2016 (when he first presented a conference keynote address there) with the Korea Institute for ASEAN Studies (formerly the Institute for Southeast Asian Studies), Busan University of Foreign Studies, Republic of Korea. He is also (Chief) Editor of its journal Suvannabhumi: Multi-disciplinary Journal of Southeast Asian Studies.
He serves on the Editorial and Advisory Boards of a range of journals and academic publishers including South East Asia Research; East Asia: An International Quarterly; and TRaNS: Trans-National and -Regional Studies of Southeast Asia.
He has also had long-standing academic relations in Malaysia, across a range of activities, in collaborative research and publishing, research training, programme development, external examining, external assessment of senior staff promotions at Universiti Malaya, Universiti Kebangsaan Malaysia, Universiti Putra Malaysia, Universiti Sains Malaysia, Universiti Teknologi Petronas, Universiti Malaysia Sarawak and Universiti Sabah Malaysia. Currently he is external assessor for degree programmes in the Department of Sociology and Anthropology at the University of Malaya.
His role as an external examiner for research degrees (aside from serving as an internal examiner at Hull, Leeds and Universiti Brunei Darussalam), has brought him into contact with research on Southeast Asia and the wider Asia at several University of London colleges: LSE, SOAS, UCL, Goldsmiths; as well as other universities based in the capital: London Metropolitan and Greenwich: then more widely in the UK at Oxford, Cambridge, Edinburgh, Leicester, Loughborough, Bath, Open University, Oxford Brookes, Kent at Canterbury, Essex; as well as universities in continental Europe: Helsinki, Uppsala, Paris-Est; then Australia: Australian National University, Melbourne, Queensland, Griffith, Newcastle, La Trobe, Western Australia; and in Asia: Universiti Brunei Darussalam (when I was not a staff member), Universiti Malaya, Universiti Putra Malaysia and Hong Kong Polytechnic University.
He has long-standing relations with the Malaysian Social Science Association and has recently conducted an interview with Wan Puspa Melati Wan Hashim in the Association's journal Southeast Asian Social Science Review, 2021, 6(1): 109-138, entitled 'Eminent Southeast Asianist and Specialist on Borneo'.

For many years from 1988 to 2005 he worked with UK government departments in trade and industry to develop the interface between British business and exporters, and their work in Southeast Asia, particularly in the field of cultural understanding and cross cultural negotiations.